The Arran Arts Heritage Trail, in partnership with Paisley Museum and the School of Culture and Creative Arts at the University of Glasgow, will be hosting an online symposium on 29th April 2021 celebrating and exploring the Isle of Arran’s rich and varied visual story. The symposium will mark the launch of the Arran Arts Heritage Trail and website, and will be opened by journalist and broadcaster Kirsty Wark, who has had a lifelong connection with, and love of, Arran.

Since the 19th century Arran has been frequented by many notable artists, all drawn to its mountainous landscapes, picturesque glens and pleasant coastal villages; known by the Victorians as ‘Scotland in miniature’.

Within easy reach from Glasgow, painters such as Horatio McCulloch, John Knox and Waller Hugh Paton would depict the grandeur of the natural environment. They in turn would be followed by William Dyce and his spiritual work, and the island’s seascapes would be extensively depicted by William McTaggart. The 20th century would bring the post-impressionistic work of the Scottish Colourists such as Samuel Peploe as well as that of John Maclauchlan Milne the so called ‘fifth colourist’, who himself would settle on the island in the 1940s. 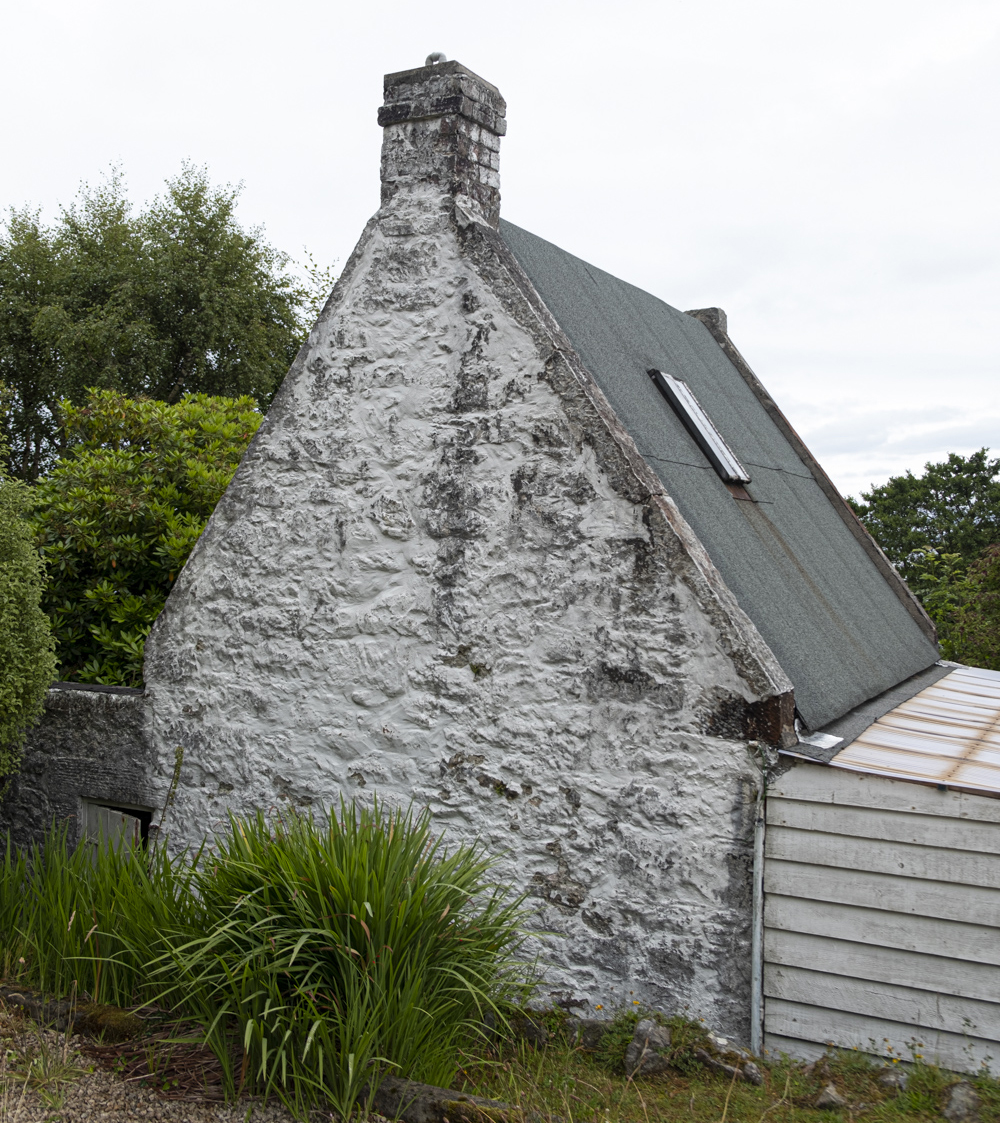 The Tabernacle – the studio/ cottage Eardley and Sandeman shared on Arran

Other visitors would include DY Cameron who returned to Arran many times over in his career, and the artists Jessie M King and EA Taylor who established their Summer School in Corrie in 1914, which ran for some two decades. This summer school placed Arran in the middle of Scottish artistic developments, bringing many of the Glasgow Girls and others such as Charles Rennie Mackintosh and Hannah Frank to the island. It was also in Corrie that a young Joan Eardley would paint alongside Margot Sandeman in the cottage/studio known as ‘The Tabernacle’.

In the post war years Arran continued to attract many artists, among them Mary Armour, Alasdair Gray and Agnes Miller Parker, the latter who would settle on the island for the last few decades of her life. Celebrated contemporary artists such as Hamish Fulton, Bruce Mclean and Duncan Shanks would also create new and exploratory works on Arran, and in 2018 scenes from Machrie Moor would appear in the Turner Prize winning film BRIDGIT by Charlotte Prodger.

This conference seeks to explore the work and approaches of the many visual and applied artists who have made work on the Isle of Arran, and will bring together academics, independent researchers, curators, archivists and artists to focus on the important legacy the island has left us today.

Topics include (but are not limited to):

We welcome proposals for 15-minute presentations for the symposium. Speakers will be expected to provide a PowerPoint presentation, with images, to accompany their presentation. Proposals should be in the form of 300 word abstracts. The deadline for proposals is 12pm Friday 12th March.

NB. We will accept pre-recorded  papers for those who are unable to attend live on the 29th April and will ask all successful contributors to pre-record a version in case of technical difficulties on the day. A selection of papers will be published on the Arran Arts Heritage Trail website.

← From The Archive Newly Commissioned Tapestry Of July Fields →